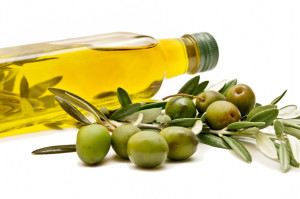 Here’s Why You Should Cook With Olive Oil
Oil, Oil and more Oil, how safe is eating more oil when it is said that it is high in cholesterol and could result in poor health. You are right to an extent but one thing you should know is that the nutritional constituent of Oil is actually dependent on the source of the Oil.

So then, which Oil is good for consumption, that even when consumed in large quantity it will not result in poor health. The answer is not far-fetched, the oil that should replace any other oil in your kitchen should be Olive Oil. And I will tell you why.

It is said that the average Greek consumes up to 20litres of Olive oil annually if this oil was really high in cholesterol, then the Greek should be suffering from high cholesterol health complications, but that is not the case here. The Olive Oil has generally consumed abundantly in the Mediterranean.

I wouldn’t want to bore you, but I will go straight to the benefits of eating Olive Oil as against any other sources of Oil.

HEALTH BENEFITS OF EATING OLIVE OIL
1. Decreases Cancer occurrence
Olive oil contains a phytonutrient called oleocanthal which is anti-inflammatory and a rich anti-oxidant especially vitamin E which decreases the risk and recurrence of breast cancer. This alone should make lots of women to embrace it. It is the only plant oil that is highest in monounsaturated fat which doesn’t oxidize in the body.

2. Maintains the Heart
The High-density lipoprotein (HDL)- cholesterol plays a protective role and also prevents the formation of fatty patches in the body. Olive oil increases HDL-cholesterol and reduces the overall blood cholesterol

3.Good Sex Life
Obviously, because Olive oil maintains a good heart and a good heart will definitely give a good sex life, I may want to add that olive oil helps in boosting blood circulation all around the body, even to the hard to get erogenous zones. Are you having a poor sex life? Kindly include the Olive oil in your diet.

4. Weight Management
It is said that the average Mediterranean consumes about 20litres of olive oil annually yet they are not fat. Having said this, olive oil can reduce obesity and produce a long lasting weight loss results than a low-fat diet.

5. Good for Diabetics
Including olive oil as a part of a balanced diet is good for diabetics, and can also help in preventing or delay the onset of diabetes, as olive oil balances and regulate our insulin levels and blood sugar control.

8. It Facilitates Strong Bones
Olive oil helps in the absorption of calcium which is responsible for strong bones. And high consumption of olive oil can help improve bone mineralization and calcification, this can, in turn, prevent osteoporosis and also help sufferers.

9. Boost the Immune System
Because of the high range of anti-oxidants in olive oil that is absent in other oil, it is not a misnormal to say that olive oil improves the total well-being because antioxidants strengthen and protects the immune system.

10. Pregnancy aid
Application of olive oil during pregnancy will not only help reduce the appearance of stretch marks and also improves the health of your unborn baby.

To enrich your knowledge and get more results, join our weekly bi-weekly newsletters enjoyed by over 5000 readers nationwide.